H-CARE presented within the Healthy and Wealthy festival in Sofia 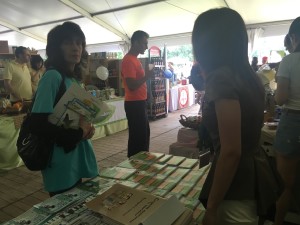 Zgura-M participated with its own stand in the Healthy and wealthy festival, which took place in South Park, Sofia on 11th and 12th of June. More than 95 companies, workshops and non-profit organizations showed their products and services during the two day festival. H-Care project was actively introduced in its stand (number 27), which was visited from more than 2300 people. The visitors had the opportunity to receive the project’s promotional materials and souvenirs, as well as to familiarize themselves with the project’s results during informal conversations with Zgura-M’s representatives.

One of the most entertaining moments was the organized tombola, in which the visitors received more than 500 presents from the exhibitors. The Zgura-M team gave more than 30 promotional souvenirs of the H-Care project to the winners. 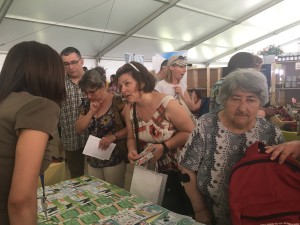 During the festival many beneficial contacts were made both with companies and people who showed interest in retaining in the new profession and going through the training for Salesperson of assistive technologies and food supplements. In addition, a couple of partnerships with companies in the field of food supplements trade were made. They showed interest in adding Module 4 as a part of their internal company trainings. Very soon, the Zgura-M team will sign agreement for cooperation and exploitation of the H-Care project results with them.